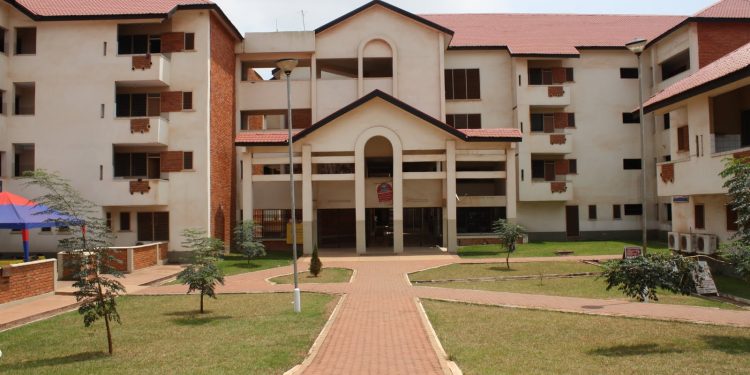 The COVID-19 pandemic is still shaking economies with the incidence of lay-offs and pay cuts, thus, exposing the frailty of household finances.

Indeed, the role of education as the bedrock of development in any society cannot be undermined, especially in a developing economy like Ghana where schooling must continue in prudence.

Meanwhile, there’s an increasing demand for accommodation among students in public universities due to the influx of graduates of the government’s flagship programme, Free Senior High School (FSHS).

This is somewhat causing consumer exploitation by the oligopoly of hostels.

Logically, an increase in demand should cause a proportional rise in the price of the commodity in question but it is also absurd and insensitive when hostels capitalize on the situation and make exorbitant charges.

Hostel prices in the universities have suddenly shot up by as much as 40%+ for the academic year. Why pay 3 or 4 times more than one’s school fees just for accommodation?

A reason for the recent protests by some students of the Kwame Nkrumah University of Science and Technology (KNUST).

Predominantly, this is due to the mammoth disparity between the student population and available infrastructure – a case of exponential growth versus linear growth.

According to Merriam-Webster’s dictionary, a hostel is defined as “an inexpensive lodging facility for usually young travelers that typically has dormitory-style sleeping arrangements and sometimes offers meals and planned activities.”

With an emphasis on inexpensive, these hostels are rather extortionately priced. So much more than the cost of renting regular apartments.

One might think these hostels provide five-star services for their occupants but no, they don’t!

Students don’t have potable water running frequently in some of these hostels, unhygienic environments, study rooms without proper lighting, etc. all because management is cutting down on the cost of operation even after the exorbitant charges.

Sometimes, students are compelled to finance necessities like changing burnt-out lightbulbs at an extra cost since they cannot stand the inconvenience. They are charged for electrical plant usage but given flimsy excuses whenever there’s a power cut.

Oh, I bet you didn’t know most of these hostels have students paying utility bills aside from the exorbitant hostel fees, right?

Security in most of these hostels is compromised. Students are restless at night for the fear of robbers intruding, neither do they leave the hostels in the day without the anxiety of meeting burgled rooms upon return.

How can students focus on their primary objective when they can hardly have peace of mind?

Hostels charge for the academic year (comprising two semesters), yet students are forced to pack out at the end of each semester so that the rooms can be rented out to others visiting campus for purposes like workshops, sandwich programmes, etc.- this is a typical practice in the University of Cape Coast.

Students often risk their belongings being tampered with in this case while hostel management takes no responsibility for damages.

One would hardly find a tenancy agreement in these hostels, and where there is one, it is usually aligned to the disadvantage of the desperate student.

There needs to be an organized front to champion the demands and protect the interests of students in these hostels, and there should be standards a hostel must meet to be operational. The hospitality and tourism regulatory authorities must look into this.

Talk of taxes, these hostels pay little to none because most of them are disguised as homes, and keep no records to facilitate revenue enhancement.

Nonetheless, it’s about time these hostels are audited and those found operating in stealth mode should be prosecuted. This would help generate some more revenue for the state to champion development.

Also, the choice of employees by most of these private hostels needs probing into.

Most of their choice of employees are the uneducated locals whom they could exploit.

These people work tirelessly in running the hostels meanwhile their conditions of service are nothing to write home about.

They’re poorly paid and barely have any insurance coverage. Not even social security.

This needs to be looked at because it is detrimental to have a few businesses greedily thriving and amassing wealth at the expense of their employees and patrons.

I would like to call on the appropriate authorities to look at the sudden price hikes and liaise with hostel managers in this pandemic where parents and benefactors are battling unstable finances so education is accessible to all and not only the wealthy in society.

Also, it’s become imperative for university administrations to find affordable and permanent housing solutions to accommodate almost all their students as soon as possible.