Renowned American economist advocate inclusion of AU in the G20 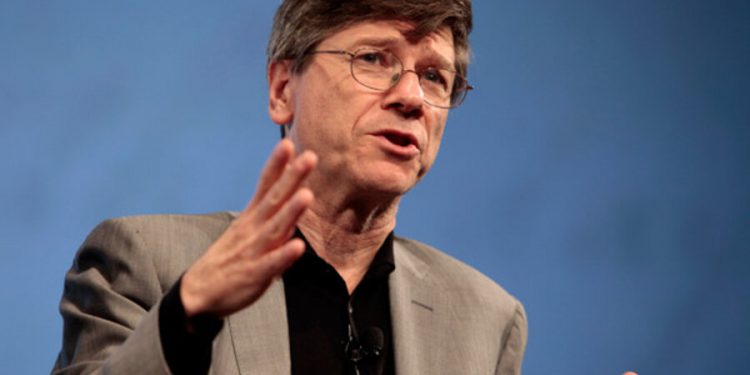 Renowned American economist advocate inclusion of AU in the G20

Renowned American economist, Jefferey Sachs has advocated for the inclusion of the African Union (AU) in the Group of 20 (G20).

His call for the inclusion of the AU in the G20 is on the back of what he says is a non-representation of the African Continent in discussions of development finance by the G20.

“The G20 should become the G21 with the inclusion of the AU, by inviting systemically the chairperson of the AU. The European Union is a member of the G20, if you add the AU, you add 1.4 billion people in representation and that will change decisively the discussion as 1.4 billion people are not at the table for finance,” he stated.

Making the assertion at a plenary in the Gambia, the renowned economist noted that there is a need for a significant change in the current global financial architecture which does not favour African countries.

Calls for the review of the present global financial architecture has been made by several people including the President, Nana Akufo-Addo.

The President speaking at a Summit on Financing African Economies in Paris in May this year, called for the restructuring of the global financial architecture so it can better respond to the needs of Africa.

President Akufo-Addo noted that, the Bretton Woods Conference, which took place as World War II drew to a close, created a global financial architecture which, over the last 77 years, has proven to be unfavourable for Africa.

Must Read: Fuel prices set to reduce in second half of August – IES

According to the President, the economies of Europe, America, and Asia having grown significantly during that time, whilst those of Africa have not, attributing collateral damage from the Cold War, inequity in the global economic system, an economic relationship built on power and resource grab, as well as leadership and governance issues on the African continent, as issues confronting the continent.

“These challenges have resulted in a global economic system that has proven to be incapable of supporting lives and livelihoods, and allocating sufficient long-term resources to support Africa’s economic transformation,” President Akufo-Addo said.

He noted further that Africa’s development finance cost does not reflect its economic fundamentals, credit, or default cost, citing the case of Ghana where the country’s sovereign debt is more expensive than that of the similarly-rated Belarus, which pays someone hundred (100) basis points less than Ghana.

The structural inequities confronting African economies, the President stressed, have been worsened by COVID-19, evidenced by the fact that a mere 2% of the 1.3 billion vaccine doses administered globally, at the end of April, were in Africa.

“The pandemic has also ensured that the total fiscal deficit of Africa rose from 4.7% of GDP in 2019 to 8.7% in 2020; overall debt levels are also estimated to have increased from 57% of GDP in 2019 to 70% in 2021. Without the ‘fiscal room to breathe’, Africa could truly become ‘the forgotten continent, and that is why there is urgent need for comprehensive debt relief and debt cancellation,” President Akufo-Addo stated.

“Just as the Bretton Woods institutions helped to rebuild the post-war global economy, and rekindled international economic cooperation, seventy-seven (77) years ago, there is now a historic opportunity to reset the global financial system’s economic rules to give African countries an equal chance at development, in the wake of the pandemic,” the President added.