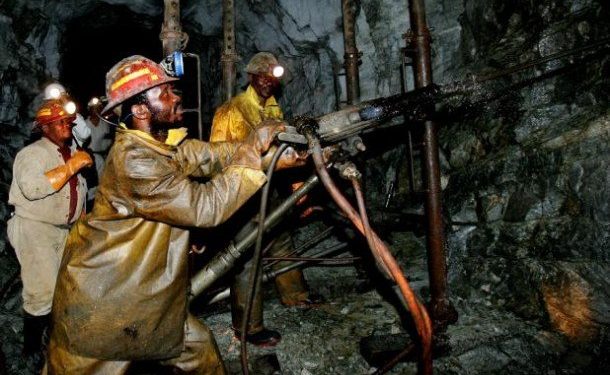 Despite gold losing sight of last year’s record, a cooled copper price and iron ore markets that will struggle to move higher from current levels, MINING.COM’s ranking of the world’s 50 most valuable miners marched to a new high of $1.47 trillion at the end of the second quarter.

The MINING.COM Top 50 most valuable mining companies added a combined $123 billion in market capitalization over the three months to end June.

Measured from the height of the pandemic in March-April last year, the index has added a stunning $754 billion amid a debate about whether the industry is at the start of a supercycle to be measured in decades or just a post-pandemic boomlet caused by easy money, which will run its course once economic stimulus is withdrawn.

Mining, like many sectors of the industrial economy, is increasingly top-heavy and the 10 largest companies contributed more than 60% to the overall value added during the quarter.

That’s not to say the rally has not been widespread – at the end of Q1 last year a valuation of just over $3 billion secured a company a spot in the Top 50 while today, number 50 on the list, Fresnillo, is valued at more than $8 billion.

Taken from the depths of the pandemic 15 months ago, a full 38 companies on the list have doubled in value and only a single stock – Shandong Gold – is worth less today.

Even the relatively underperforming stocks on average gained 48% over the period.

Iron ore prices at more than $200 a tonne gave the top tier a boost, with BHP worth $97 billion more than at the end of Q1 2020. Vale and Rio both advanced by more than $70 billion. Fortescue has gone from a $20 billion stock to a $50 billion one and is beginning to look secure in its top ten berth, despite wobbles in its iron ore expansion plans.

An iron ore market at full blast also provided one of the biggest mining IPOs since Glencore in 2011, with Brazil’s CSN Mineração continuing its advance to become a $10 billion stock. The mining unit of steel giant Companhia Siderúrgica Nacional currently produces about 33 million tonnes of ore per year, but has ambitious plans to triple that over the next decade.

US iron ore producer Cleveland-Cliffs continued its stellar run, entering the top 40  for the first time – the stock is up 92% in 2021 and is worth five times what it was in March last year.

Lithium and fertilizer producers stormed the rankings this year as conditions in both sectors continue to improve.

Tanqui Lithium jumped 26 slots in Q2, and for the half year enjoyed the second best performance after Cleveland-Cliffs in percentage terms.

Albemarle was just shy of a $20 billion market cap at the end of H1, up from less than $7 billion 15 months ago when lithium prices were languishing.

Israel Chemicals returns to the Top 50 after a long absence, joining Mosaic on the best performance list for Q2. As a group, fertilizer firms are worth $55 billion, despite the delisting of potash giant Uralkali.

AngloGold Ashanti and Gold Fields did not make the half-year cut off, adding further to the gold producer exodus in 2021. A handful of gold companies including B2Gold, Yamana, Kinross and streamer Royal Gold fell out of the top 50 this year.

The combined value of gold, silver and streaming companies in the ranking now make up 16% of the index, down from 26% when gold prices were peaking in the third quarter of last year. The sector has lost over $30 billion in value since its peak in Q3 2020.

As with any ranking, criteria for inclusion are contentious issues. We decided to exclude unlisted and state-owned enterprises at the outset due to a lack of information. That, of course, excludes giants like Chile’s Codelco, Uzbekistan’s Navoi Mining, which owns the world’s largest gold mine, Eurochem, a major potash firm, Singapore-based trader Trafigura,  and a number of entities in China and developing countries around the world.

Another central criterion was the depth of involvement in the industry before an enterprise can rightfully be called a mining company.

For instance, should smelter companies or commodity traders that own minority stakes in mining assets be included, especially if these investments have no operational component or warrant a seat on the board?

This is a common structure in Asia and excluding these types of companies removed well-known names like Japan’s Marubeni and Mitsui, Korea Zinc and Chile’s Copec.

Levels of operational or strategic involvement and size of shareholding was another central consideration. Do streaming and royalty companies that receive metals from mining operations without shareholding qualify, or are they just specialized financing vehicles? We included Franco Nevada, Royal Gold, and Wheaton Precious Metals.

Vertically integrated concerns like Alcoa and energy companies such as Shenhua Energy where power, ports and railways make up a large portion of revenues pose a problem, as do diversified companies such as Anglo American with separately listed majority-owned subsidiaries. We’ve included Angloplat in the ranking as well as Kumba Iron Ore.

Many steelmakers own and often operate iron ore and other metal mines, but in the interest of balance and diversity we excluded the steel industry, and with that many companies that have substantial mining assets including giants like ArcelorMittal, Magnitogorsk, Ternium, Baosteel, and many others.

Head office refers to operational headquarters wherever applicable, for example, BHP and Rio Tinto are shown as Melbourne, Australia but Antofagasta is the exception that proves the rule. We consider the company’s HQ to be in London, where it has been listed since the late 1800s.