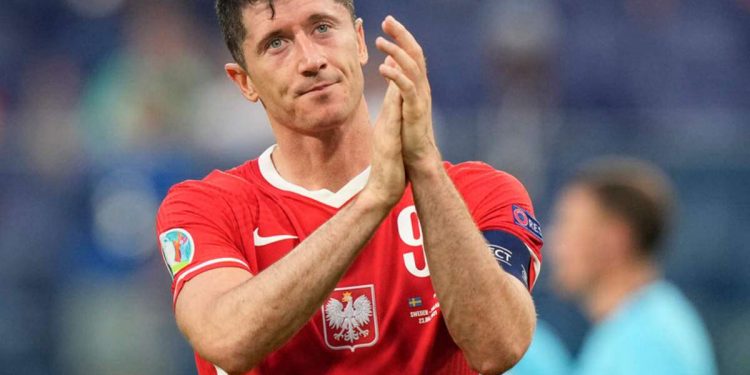 Robert Lewandowski wants a new challenge away from Bayern Munich but the club has valued him at more than £100m.

Sky Sports News has been told Lewandowski, who turns 33 on Saturday, is happy at Bayern but wants to secure a move to another top European club before the age of 35.

The German champions’ valuation, designed to keep him until the end of his contract in 2023, is likely to price the FIFA and UEFA player of the year out of a departure.

The Poland striker is understood to be frustrated by their reluctance to sell, but is unlikely to do anything that will harm his good relationship with the club.

Considered one of the best strikers in world football, he scored 56 goals for club and country last season.

Read This: Arsenal recruitment has been lazy, and Chelsea looked like Man City, says Paul Merson

He has already scored three in Bayern’s two opening games, including the midweek Super Cup victory against Borussia Dortmund.

Lewandowski is widely renowned in the game for a dedication to his physical condition, with Manchester City boss Pep Guardiola once describing him as “the most professional player I’ve ever met”.

You can follow all the latest transfer news and rumours in our dedicated Transfer Centre blog on Sky Sports’ digital platforms, as well as keeping track of all the developments on Sky Sports News.