Romelu Lukaku: Striker ‘unplayable’ on second debut for Chelsea in win over Arsenal 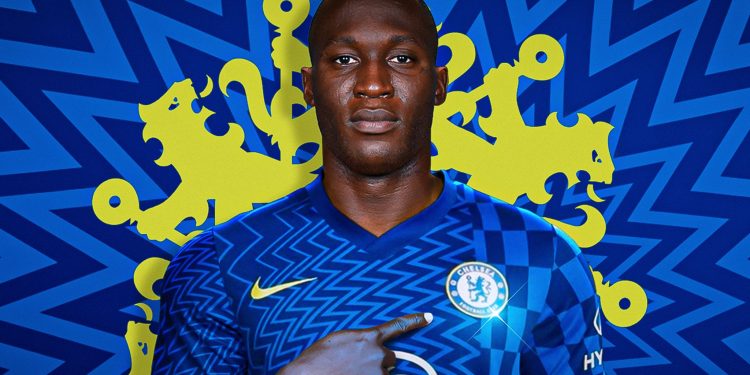 Romelu Lukaku: Striker ‘unplayable’ on second debut for Chelsea in win over Arsenal

It was a move seven years in the making and 10 years since he last wore the shirt, but Chelsea proudly declared on their website earlier this month that Romelu Lukaku had “come home”.

His second debut, against Arsenal on Sunday, turned into a dream afternoon as Lukaku opened the scoring in an “unplayable” performance which the player himself described as “dominant”.

His strike was his first goal for the club, having failed to hit the net in his three years and previous 15 appearances at Stamford Bridge between 2011 and 2014, when he was a peripheral figure and never given a Premier League start.

European champions Chelsea coasted to a 2-0 victory over their well-beaten London rivals and the early signs are Thomas Tuchel’s side will take some stopping this season with Lukaku on board.

‘What a start for Lukaku’

Belgium international Lukaku returned to “the club he supported as a kid” for a second spell after moves to Everton, Manchester United, and most recently Inter Milan, to whom the Blues paid a handsome £97.5m.

That fee made Lukaku, 28, the Premier League’s second most expensive player of all time, after Manchester City’s £100m Jack Grealish.

Against Arsenal he did not disappoint, showing the kind of form that saw him rebuild his reputation in Italy – scoring 64 goals in 95 appearances and helping Inter Milan to a first title since 2010 – after a difficult time at Manchester United.

Lukaku began in perfect fashion, tapping in after just 14 minutes with his third touch of the game, and celebrated by putting his finger to his lips. Only a superb save from Bernd Leno denied him a second, touching Lukaku’s diving header onto the bar.

Overall, he completed 19 of his 20 passes against the Gunners and contested 15 duels, more than any other player.

“What a start for Lukaku,” boss Tuchel told BBC Radio 5 Live. “In the beginning he struggled to touch the ball a little bit. Then he was very well integrated.

“He proved his value for the squad already. He linked really well with Mason Mount and Kai Havertz up front and gave something to the game that we did not have already.”

Asked about his performance, Lukaku told Sky Sports: “Dominant, I would say. I try to improve every time. I have a long way to go but today was good to win.

“I worked hard throughout the week. We knew it was a big game and we did well. As an individual, I want to help the team and I want to continue doing that.”

‘His touch was immaculate’

Last season, Timo Werner scored just six times in the top flight, despite having an expected goals (xG) rate of 11.5, whereas Lukaku netted 24 goals from an xG of 23.8.

Lukaku impressed with his main strength, holding up the ball with his back to goal, and gave Arsenal defender Pablo Mari a torrid time.

He was serenaded by the Blues supporters situated in a corner of Emirates Stadium, who continued to sing his name long after the final whistle. Lukaku responded by waving and applauding before patting the badge on his shirt.

“I think it has been a brilliant debut from Lukaku,” said BBC Radio 5 Live pundit Clinton Morrison. “He went away and improved his game. He knew what he had to work on.

“People used to complain when he was at Manchester United that he did not have a great touch, but today his touch was immaculate. He knows when to pass the ball, when to run with the ball and was unlucky not to get a second. He is going to be a brilliant signing.

“Last season when the ball was coming out, Werner was not holding it up and I think with Lukaku in the team it will help the likes of Werner, who is not a natural number nine. Chelsea have that now and Lukaku was unplayable.”

Chelsea finished fourth last season, 19 points adrift of winners Manchester City, but lifted the Champions League and have started this season with two victories from their opening two games without conceding a goal.

Tuchel added: “We are still in reality. We were fourth last season and we needed help from our rivals. We are capable to produce top performances – this is what we have proved in the last half a year – and we would like to continue.

“We have the feeling that we have something to improve and we just want to close the gap.”