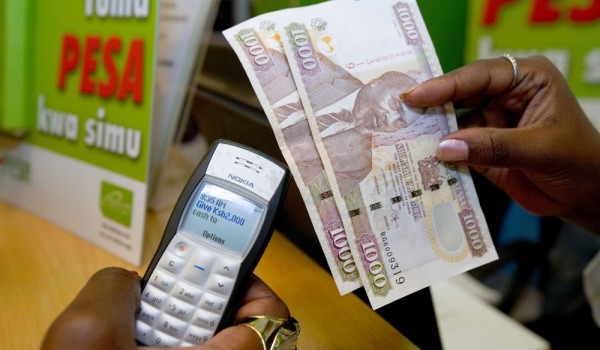 Ethiopia has cleared the way for Safaricom to introduce its popular M-Pesa in the market of 110 million people after deciding to include the mobile phone-based financial services in the telco’s licence offered in May.

Ethiopian authorities told Business Daily Thursday that the Safaricom licence will be upgraded to include mobile financial service when it completes bidding for its second telecoms operator permit.

The bidding will be opened this month.

A consortium led by Safaricom secured the first licence, which does not have a permit for mobile financial services like M-Pesa, in May.

The consortium will start operations next year when Ethiopian authorities say the telco will have the right to operate mobile financial services.

This marks a departure from last year’s directive that only allowed locally owned non-financial institutions to offer mobile money service, dimming the hopes of foreign firms like Safaricom that are seeking a presence in Kenya’s neighbouring country.

“The second licence process which includes mobile money services will not disadvantage the previous winner (Safaricom),” the director-general of Ethiopian Communications Authority (ECA) told the Business Daily in interview yesterday.

The Horn of Africa nation sold only one of two full-service licences on offer in May, citing a lower-than-expected price for the second one, which it now wants to offer again.

The government expects prospective bidders to include firms which had expressed interest in the previous attempt to sell the licence but whose bids were deemed insufficient.

Ethiopia had one of the world’s closed telecoms markets.

Mobile financial services have become a significant part of African telecoms operators’ businesses since Safaricom pioneered them with M-Pesa in 2007, giving people an alternative to banks.

The barring of foreign firms meant that for operators like Safaricom to offer the service in Ethiopia, they would need a partnership with Ethio Telecom, which is in line to be privatised through the sale of a minority stake.

The Ethiopian government is also preparing to sell a 45 percent stake in Ethio Telecom, part of a broader liberalisation that include the auctioning of two new full service telecoms licences.

A monopoly, Ethio Telecom is seen as the biggest prize due to its huge protected market.

Its subscriber base of 50.7 million makes it the biggest single-country customer base of any operator in Africa.

Players like Safaricom are attracted by the growth potential in that market whose 110 million people means the country offers a penetration rate of 46 percent.

By contrast, Kenya’s 52.2 million mobile phone subscribers gives it a penetration of 118 percent.

Mobile money services like M-Pesa have the potential to transform Ethiopia’s economy, as it has done in Kenya, by allowing people to sidestep a rickety and inefficient banking system and send money or make payments at the touch of a phone button.

The ability to access digital banking services is likely to be a game-changer for Ethiopians whose banking sector has no way of transferring funds from one bank to another.

Safaricom is one of several Kenyan firms that have been eyeing the Ethiopian market for years due to the country’s huge population. Ethiopia has kept foreign involvement in the economy at a bare minimum.

However, the country has consistently registered robust economic growth, averaging 10 percent in the past five years, and its ongoing economic reforms look set to strengthen investor sentiment.

Its population, the second-largest in Africa after Nigeria, also offers immense opportunities for business.

Source: africanmarkets
Via: norvanreports
Tags: “The second licence process which includes mobile money services will not disadvantage the previous winner (Safaricom)” the director-general of Ethiopian Communications Authority (ECA) told the Business Daily in interview yesterday.Ethiopia had one of the world’s closed telecoms markets.Ethiopian authoritiesSafaricom to introduce its popular M-Pesa in the market of 110 million peopleSafaricom: Ethiopia clears hurdle for M-Pesa expansion