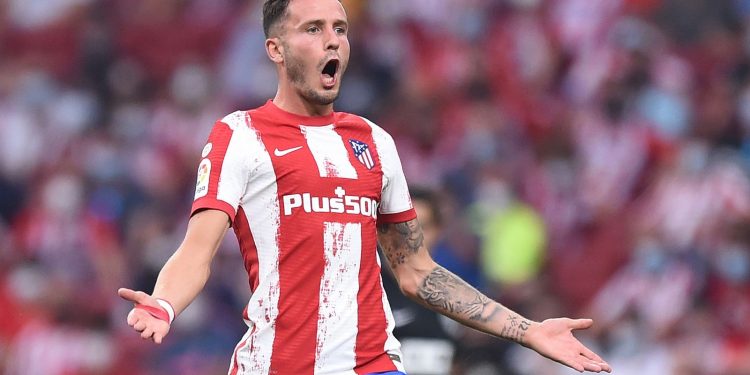 Chelsea have signed midfielder Saul Niguez on loan for the season from Atletico Madrid.

The 26-year-old, who was part of Diego Simeone’s title-winning side last season, made more than 300 appearances for Atletico after breaking into the first team as a 17-year-old in 2012.

Saul told Chelsea’s website: “I am very excited to start this new challenge with Chelsea.

“Blues fans; I am one of you now and I can’t wait to wear the shirt, start training and see all of you. See you soon!”

Chelsea director Marina Granovskaia added: “We welcome Saul to the club and believe he completes our squad as we compete for honours in five different competitions this season.

“He is a proven winner, a player with huge experience and we know he will be very well-suited to the challenges that face us on all fronts in the coming year.”

The 26-year-old has 19 caps for Spain, although he has not played for his country for nearly two years.

Saul’s arrival was confirmed after the Premier League transfer window closed at 11pm on Tuesday night, but was allowed to go ahead as the paperwork was submitted in time.

He is Chelsea’s third and final signing of the summer, following the arrival of third-choice goalkeeper Marcus Bettinelli from Fulham and the club-record purchase of Inter Milan striker Romelu Lukaku.

However, the Blues were unable to complete the signing of Sevilla defender Jules Kounde after the La Liga side placed a price tag of close to €80m (£68.7m) on the France international.

Kounde was keen to join Chelsea, but the European champions did not up their offer from around €50m (£42.9m).