Significance of the penalty and interest waiver ACT in ensuring compliance 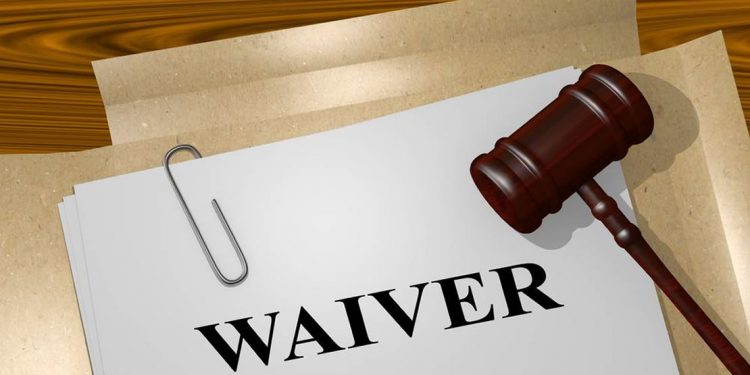 Significance of the penalty and interest waiver ACT in ensuring compliance

As part of the Government of Ghana’s support to taxpayers and to also help ease the burden on taxpayers in the midst of Covid-19 pandemic, the Parliament of Ghana passed the Penalty and Interest Waiver Act, 2021, Act 1065. This was to provide a waiver for penalty and interest on accumulated tax arrears. The main focus of the Act was to provide a relief to taxpayers who have accumulated interests and penalties on principal tax liability up to December 2020 to file their returns and make payments on or before 31st December, 2021.

To benefit from the waiver, one must submit an application to the Ghana Revenue Authority between 1st April and 30th September, 2021, and file all tax returns due up to 31st December, 2020. After the application is submitted, the Commissioner-General will revert within 30 days.

The response will include the approval or disapproval, and the reasons for such decision. The provision allows the taxpayer to make arrangements to pay the principal amount of the tax in arrears (to the period of December, 2020) by 31st December, 2021. This decision by government among other things is to enhance compliance while reliving taxpayers of their tax burden.

The need for voluntary tax compliance

xxxxxxIt appears even more difficult and probably unattainable in developing countries. Various schemes and modules have been implemented over the period by tax agencies to ensure that taxpayers comply with the various tax laws. Notwithstanding, much more needs to be done so as to bring voluntary tax compliance to an appreciable level. One of the means as per Ghana’s tax laws to enforce compliance is the imposition of penalty and interest on defaulting taxpayers.

A penalty is said to be a punishment imposed or incurred for a violation of law or rule. A loss, forfeiture, suffering, or the like, to which one is subjected for non-fulfillment of some obligation. Thus, penalties are imposed for a specific purpose and desired goals. For example, a business contracts may have a penalty clause that imposes sanctions on anyone who may breach the said agreement.

Penalties are therefore indispensable in the formulation of any legal transactions. This serves as prelude to sanctions that could be imposed for failure to adhere to the terms of agreement. In much the same way, a tax penalty is imposed on persons who fails to comply with tax laws to serve as deterrent to other potential tax defaulters.

Any tax law enacted for the collection of taxes can be said to be incomplete and inadequate if it is without appropriate sanctions spelt out for those who would fail to comply with the statutes. Tax laws in Ghana stipulates penalties so as to hold taxpayers accountable in the likely event of infractions of the provisions.

Thus the Revenue Administration Act, 2016, Act 915 which provides for the administration and collection of revenue by the Ghana Revenue Authority has stated among other things penalties that are to be imposed on persons who fails to comply with the various tax laws. Also other tax laws such as the Customs Act 2015, Act 891and others have therein stated penalties. While penalties may be imposed on taxpayers who fail to comply with provision of the tax laws, interest on the other hand are imposed on taxpayers who fails to pay the right amount of taxes due.

Sections 72 to 76 of the Act 915 stipulates the various infractions and penalties they attract. Some of these are captured herein are as follows:

Sections 121 to 149 of Act 891 has stipulated various offences, infractions and accompanied penalties stated therein. The offences ranges from fraudulent evasion, importation of prohibited or restricted goods in any form, goods used contrary to authorized purpose, falsification, alteration and forgery. Others include impersonation of an officer, un-costumed or prohibited goods offered for sale as well as concealment of goods.

These infractions have their corresponding penalties ranging from a penalty of 100% to 300% the duty or tax evaded and all goods in respect of which the offence was committed is liable to forfeiture to the state to paying of penalty units depending upon the offence type.

Interest is charged on tax due. The Revenue Administration Act, 2016, Act 915 has therefore spelt out the computation mechanism deterrent enough to compel taxpayers to pay their taxes that are due the state.

The penalty and interest regimes as tools for voluntary compliance have for one time or the other been proved to be effective in ensuring that taxpayers pay their taxes promptly. Some tax experts are of the view that these tools though not new should be brought to the front burner. Framers of the tax laws were forward-looking as they foresaw that human element tends to inhibit the successful implementation of tax laws without sanctions hence the essence of penalties and interests.

The rationale behind the imposition of penalties and interests may go beyond revenue generation, they serve as a platform to check willful undermining of tax laws. For tax authorities keep track of the essence of the powers granted by those punitive provisions in the law, they should spare no effort in ensuring the full implementation of the sanctioning regime. It is therefore imperative at this time that we can safely surmise that tax knowledge is abound and thus stringent implementation of the penalty and interest regimes is in order to curb the willful violation of the tax laws.

Taking advantage of the waiver

Taxpayers are urged to take advantage of the relief of the waiver to voluntarily disclose and correct any errors noted in their tax obligations to avoid future penalties and interest after 31st December, 2021. The Ghana Revenue Authority would enforce the implementation of the penalty and interest regime to engender compliance after the expiration of the period. Taxpayers should therefore be proactive and take full advantage of Act 1065.

It may be in their own interest to engage the services of tax experts to help them with the assessment of their outstanding taxes and the subsequent application for the waiver. The provision for the waver of penalties and interest ends in September 30, 2021. The time left is reduced and thus taxpayers should therefore not hesitate to take the advantage and let’s all remember that “our taxes our future”

The writers are officers of the Ghana Revenue Authority, GRA. They have over 18 years of experience as Tax Auditors and Administrators. They were members of the Special Revenue Mobilization Task Force of the GRA. They are respectively at the Accra Central & Accra East Area Enforcement and Debt Management (EDM) Units.