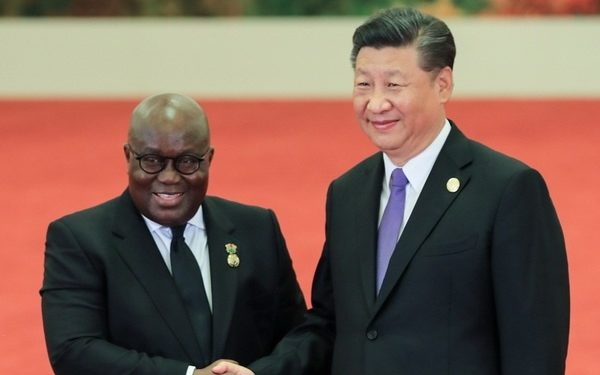 Asian economic giant, Singapore, has emerged as the largest contributor of Foreign Direct Investments (FDI) to Ghana for the first half of the year.

A report on the performance of FDI inflows for the first half of 2021, made available by the Ghana Investment Promotion Centre (GIPC), revealed that FDI value of $307.5 million out of the total $874 million recorded for H1 2021 was from Singapore, making it the country with the largest investment value share in FDI inflows to Ghana.

Following Singapore in terms of FDI value share are Australia and India with $204 million and $61 million respectively.

FDI inflows from the Netherlands and the USA also amounted to $46.8 million and $32.5 million respectively.

Taking the last place was China with an FDI value of $32.46 million.

The total FDI value share of $32.46 million from China, marks a significant decline in investment inflows into the country from the world’s second superpower given that in the second half of 2020, China despite the Covid-19 pandemic, contributed a total of $751 million in foreign direct inflows to the country.

According to the GIPC, Ghana recorded a total of $874 million in investments in the first half of this year from 122 projects.

Of the total investments, the Foreign Direct Investment (FDI) component amounted to $829.29 million, while the local component accounted for $44.72 million. This is an increase 32.15% over the FDI value of $627.52 million recorded in the first half of 2020

Out of the 122 projects registered, 94 were newly registered projects and 28 were upstream projects.

The total initial capital transfers also amounted to $47.76 million for the first half of 2021.

Out of the 122 projects registered, the services sector, with 63 projects, recorded the highest number of projects. It was followed by manufacturing with 24 projects. General Trading and Building and Construction followed with 18 and 6 projects respectively.

In terms of the FDI values, the services sector recorded the largest value of $597.63 million. This was followed by the manufacturing sector with FDI value of $98.74 million.

The general trading, as well as building/construction sectors, recorded FDI values of $41.87 million and $22.63 million respectively.

Employment to be generated

A total of 8,931 jobs are expected to be generated by projects registered with operations at full capacity. 8,091 (90.59%) of these jobs would be for Ghanaians whilst the remaining 840 (9.41%) will be for non-Ghanaians per GIPC records.

In terms of regional distribution of the projects registered, nine regions directly benefited from the 122 projects.

96 projects, representing 78.69% of the projects registered are in the Greater Accra region.

The other regions are the Ashanti and Western regions with eight and nine projects respectively. Bono, Central and Eastern regions registered two projects each and Ahafo, Northern and Upper West with a project each.