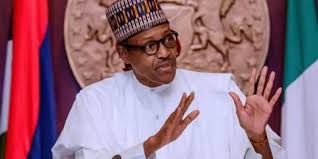 President Muhammadu Buhari stated that Nigeria needs special courts to strengthen the fight against corruption and speed up prosecution processes.

The President disclosed this in an interview with NTA News on Friday evening.

What the President said about special courts

“Yes, we need them to save time and to convince Nigerians we are serious,” he said.

The President argued that Nigeria inherited legal systems during independence, which have bureaucratic roadblocks that take years to execute cases.

“But if you have sufficient courts, you bring charges immediately, people are put before the court, they will defend themselves,” he said.

The President added that in the current judicial system, people accused of corruption can afford first-class SANs to defend them, forcing cases to drag on until the judge dies or the committee gets tired.

“Special courts are important in cases of corruption so that riot act would be properly read to the public,” he said, citing that those who misappropriate public funds should be held to account for it.