Telling the African story; the role of the media 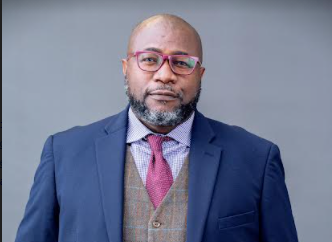 Telling the African story; the role of the media

The African continent is a unique and diverse continent with rich history, cultures and traditions. The story of the continent has, however, been checkered depending on who is telling the story and for which audience.

Africa, especially in the eyes of the Western media has focused on things going wrong. This is particularly detrimental because of the relative lack of other widely accessible sources of knowledge about the continent, especially by the African media.

Representation of Africa, Africans and African issues in the international media has always been problematic, because of the flow of news and the fact that international media reports are influenced by Western ideas, ideology and political positions. It is a well-established fact that media frames that appear in news are influenced by stereotypes and prejudices that shape the production of editorial content.

Evidence abounds of the negative portrayal of the African continent in elite global press, suggesting a socially constructed view of Africa, which some people have termed ‘Afro-pessimism’.

Within this Afro-pessimism narrative is the dominance of certain types of imagery, representation, story angles and tone of coverage that reinforce Western stereotypes of the African continent. The dominant themes in the portrayal of Africa in the Western media include African political and financial corruption, Africa as a synonym for corruption, and Africa is a continent convulsed with tribal wars.

One may argue that these portrayals are backed by historical antecedents such as the fact that there has been a perennial problem with a constant focus on the ‘democratic deficit’ of Africa with reference to dictatorships and/or rigged elections.

There is also a plethora of cases of corruption involving state actors and people in public office on the African continent. What these reports fail to consider are the facts that African countries are confronting power structures that were either imposed on them or derived from the West.

These issues bring to the fore the need for African media to show resistance and a counter perspective about the continent by presenting a more positive account of Africa to the world. The critical question that arises, however, is whether or not African media houses have the capacity to resist the negative portrayal of the continent by the international media.

Past interventions such as Pan-African News Agency (PANA), did not do much to address this issue despite the promise it had. With improvement in technology and information communication infrastructure, there are opportunities for Africans, both journalists and non-journalists alike, to tell their own story and change the dominant narrative about Africa, Africans and African issues.

The proliferation of citizen journalists and bloggers aided by the power of technology and the internet has also opened new avenues for Africans to tell their story. Many youths across the continent are blogging and vlogging daily about issues that they find relevant to their existence. This can be leveraged and used as a counter flow of news and information about the positive things happening all across the continent.

Equally critical is the economic capacity of the African media to tell the African story. The control and direction of the flow of global news and information is directly related to who has and controls economic power. Resisting the current narrative about Africa requires a lot of capital investment due to the fact that the process of gathering, organizing, and disseminating information via the media and especially across international borders is a capital-intensive venture.

But as expensive as this venture may be, it will not be as expensive as the reputational damage the continent has suffered and continues to suffer. After all, if you do not tell your story, someone else will tell it for you.