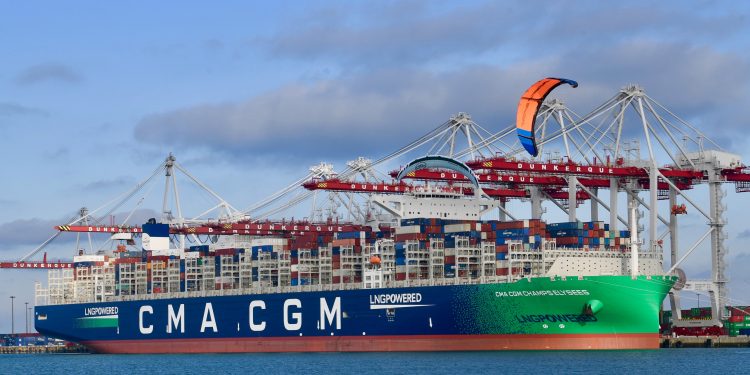 The halt in increments in freight rates as announced by CMA CGM in a press release, begins September 9, 2021 and ends February 1, 2022.

The decision, the shipping company explains in the release is in furtherance to building strong long term partnerships with the country’s trading community, particularly importers and exporters.

Per the release, CMA CGM and its affiliates companies such as CNC, ANL, Containerships and APL are to comply with the new directive.

Details of statement by CMA CGM

According to him, the trading community, particularly importers and exporters view the decision by CMA CGM as a ‘sigh of relief’ especially given the fact that the Association has since the beginning of the year had scuffles with international shipping lines over the astronomical increment in freight charges.

“We commend the CMA CGM company for the taking this bold step, this we believe will go a long way in bringing some relief to importers who have been affected by these unexplained increment in the past,” stated Mr Awingobit.

“We urge all importers to cash in on the latest development by patronizing the services of the various shipping lines under the CMA CGM,” he added.

Freight rates as a result of the pandemic has risen by over 650 percent increasing from $2000 in August last year to $13,000 per container presently.

Read details of release by the Importers and Exporters Association

The Importers and Exporters Association of Ghana, wishes to describe as welcoming, a decision by CMA- CGM, an internationally acclaimed container transportation and shipping company to suspend the increment of freight charges effective September 9th 2021 to February 1st 2022.

CMA CGM in a circulated letter signed by it Executive Director, Rodolphe Saade, directing it global partners to adhere to the directive, said the decision to suspend increment in freight charges effective the 9th of September 2021, had to do with the unprecedented hike in freight charges which begun since the begining of this year.

The company’s Executive Director in the letter said, the suspension will be applicable to spot prices on all services operated by their shipping lines such as CMA CGM, CNC, Containerships, Mercosul, ANL, APL.

We at the Importers and Exporters Association of Ghana which has been fighting shipping lines over the astronomical increment in freight charges at the detriment of our members, see this directive as a sigh of relief and welcoming.

We commend the CMA CGM company for taking this bold step after acknowledging the massive investment they have already made interns of increasing capacity to meet the demand of their customers.

This, we believe will go a long way in bringing some relief to importers who have been affected by these unexplained increment in the past. We urge all members (Importers) to take cash in on the latest development which begun this month, by patronizing the services of the various shipping lines under CMA CGM.

We also take the opportunity to urge other shipping companies and lines, to take a cue from the unprecedented initiative taken by CMA CGM and also effect same directive to help reduce the cost of doing business at the country’s Ports.