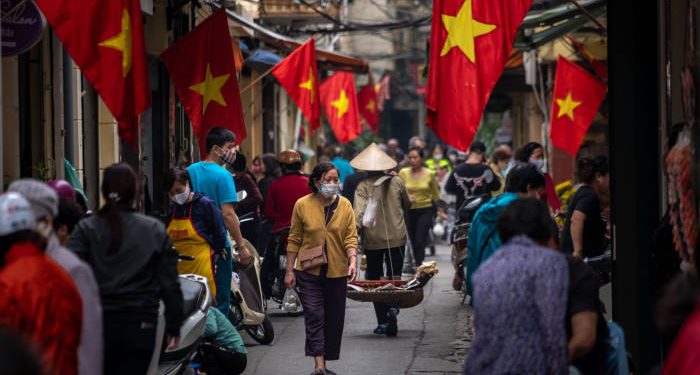 An escalation in Covid-19 cases and deaths over July-August will undermine Vietnam’s previously strong recovery from the pandemic shock and may temporarily set back positive rating momentum, says Fitch Ratings.

We affirmed Vietnam’s rating at ‘BB’ in April 2021 and revised the Outlook to Positive from Stable on the resilience at that time of Vietnam’s growth and public finances to the pandemic shock.

The Vietnamese authorities had succeeded in keeping the number of Covid-19 cases low prior to the latest outbreak. The economy expanded by 5.6% yoy in 1H21, accelerating from 2.2% in 1H20, but restrictions to control the spread of the disease will weigh on activity in 3Q21 and could persist if the outbreak is not under control.

This poses significant risks to our current forecast that growth will average 6% in 2021. However, we still expect Vietnam’s GDP performance over 2020-2021 to be the strongest among Fitch-rated sovereigns in ASEAN.

Some lost growth momentum may also be made up in subsequent quarters as output and social activity normalise, although the risk of further outbreaks will linger as Vietnam’s vaccination rates remain low.

Public finances will also be affected. Officials have indicated plans for a relief package worth roughly USD5 billion (around 1.4% of GDP), focused on reducing taxes and fees for SMEs. However, we expect Vietnam’s public debt/GDP ratio to remain well below the median for ‘BB’ sovereigns in 2021-2022.

Exports have been an important support for Vietnam’s economy during the crisis. Tourism’s share of GDP fell to 3.5% in 2020 from 9.3% in 2019, and we believe tourism earnings will remain at very depressed levels well into 2022 as a result of the pandemic.

However, goods exports have been strong, with merchandise exports rising by 26.2% yoy in 7M21. Anecdotal evidence suggests some factories producing for export have been disrupted by the recent outbreak, but we expect the impact on output to be temporary.

One risk to exports appears to have been resolved in July when the US announced a deal had been reached over Vietnam’s exchange-rate policies. We had expected the Biden administration to downplay currency tensions with trade partners in Asia, but argued that Vietnam was among the most exposed to macroeconomic risks if the US opted to escalate the matter.

If the agreement results in appreciation of the local currency, this could pave the way for faster growth in per capita GDP in US dollar terms. When we affirmed Vietnam’s rating in April, we said sustained high growth that reduces the GDP per capita gap vis-à-vis Vietnam’s peers while maintaining macroeconomic stability could lead to a sovereign rating upgrade.

Nonetheless, it is not clear that market forces will put upward pressure on the dong in the near term. Strong import growth in recent months has already reversed the record trade surplus in 2020; in 2Q21, Vietnam posted its largest quarterly goods trade deficit since 2011.

A loosening of credit policy designed to cushion the impact of the pandemic may have been one of the factors supporting import growth. Financial system credit rose by 15.2% yoy in 1H21, faster than nominal GDP growth of 6.7%. We expect this trend to be sustained in 2H21 as the authorities guide banks towards lower lending rates and accept faster system credit growth.

We said in April that a material reduction in risks posed to the sovereign balance sheet from weaknesses in the banking sector could be a trigger for a sovereign rating upgrade. However, the adverse effects of the recent Covid-19 outbreak could reduce the likelihood of this, at least in the near term.