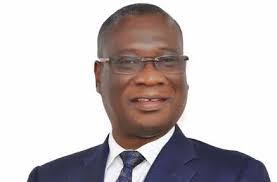 Energy think tank, the Institute for Energy Policies and Research (INSTEPR), has expressed dismay in the Ghana National Petroleum Corporation’s (GNPC) insistence to acquire 37 percent stake in oil blocks currently being operated by Aker Energy when it will eventually own the oil blocks in the next four (4) months when the oil firm fails to submit a Plan of Development (PoD) for the oil blocks to government.

In a press release, the energy think tank asserts that government is the owner of the oil blocks being operated by Aker Energy and per the Petroleum Agreement with International Oil Companies (IOCs), the oil blocks reverse to government when the IOCs fail to develop the oil blocks within a time frame.

INSTEPR cited the exit of ExxonMobil from the country’s oil sector when it failed to develop its oil blocks and in which the oil blocks were reversed to government.

Indeed, Aker Energy is yet to submit its revised plan of development (PoD) for the Pecan oil field to government by the end of this year.

According to a report by the Institute for Energy Security (IES), Aker Energy, like ExxonMobil is more likely to exit Ghana’s oil and gas industry should it continue to face cashflow constraints.

According to INSTEPR, Aker Energy should be paid a penny on the dollar for the oil blocks just as the IOC did when it acquired the oil blocks from HESS Petroleum.

In certain transactions who really cares about how much the other party has spent? Hess Petroleum drilled about 11 wells in the DWT/CTP and were in Ghana for over 5 years. If each well cost not less than US$40 Million, HESS will have spent close to US$ 500 Million on that block, including administrative expenses while in Ghana. They had made discoveries and appraised 350 million Barrels of Oil with an upside of 200 million barrels in place. Aker Energy negotiated and bought their 50% shares for US$100 million in this block. Hess Petroleum got paid a penny on the Dollar for all their efforts. Did you hear the CEO of Aker ASA defend the P&L of HESS Petroleum?

The government of Ghana is the owner of the Oil Blocks, and it is given out through a Petroleum Agreement to these International Oil Companies. If these companies are not able to fulfil their work obligation within the time given in the Petroleum Agreement, the block reverse to Government. The DWT/CTP is no exception to this
rule. By December 2021, if Aker Energy Ghana does not submit a Plane of Development (PoD) to the Minister of Energy, the Block reverses to Ghana. Aker will lose all their investment made as the situation with ExxonMobil, who spent money but left after 3 years and their Block reversed to Ghana.

The CEO of GNPC knows this so my simple question is why pay anything for these shares, when in 4 months you get it for free. Let say we want to work with them and for cordial relationship, GNPC is being generous, its only right we pay them a penny on the dollar. That is how business works but it looks like Ghana aside borrowing for Agenda 111, what to borrow for Charity work,” argued INSTEPR.

Read below details of the press release by INSTEPR:

Response to Gnpc by Fuaad Dodoo on Scribd