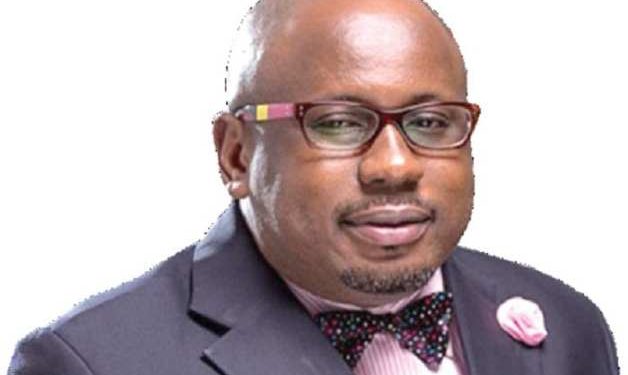 Ghana as an Oil and Gas Destination

Egbert Faibille, CEO of the Petroleum Commission of Ghana, in an August 2021 article (https://www.africanews.com/2021/08/02/free-markets-and-an-enabling-environment-ghana-s-petroleum-commission-to-demonstrate-how-pragmatic-regulation-drives-investment-at-african-energy-week-in-cape-town//) noted that, under the auspices of the Minister of Energy, and built against a backdrop of reformed market-driven policies, the Commission has positioned Ghana as a highly competitive destination for upstream investment, leading to the rapid increase in oil and gas exploration and development.

He notes further that, by ensuring an investor-friendly business climate, Ghana now boasts the participation of some of the world’s most notable oil actors like Aker Energy and ExxonMobil. He notes finally that Ghana represents one of Africa’s most successful new markets with world-class projects establishing the country as a regional oil, gas, and power hub.

For Ghana, a country still reeling from the economic effects of Covid-19 like everyone else, US$ 18 billion could be key to economic redemption. That figure is what an assessment report estimates Ghana could make if its National Oil Company, the Ghana National Petroleum Corporation (GNPC) goes ahead with a plan to acquire significant stakes in two offshore blocks, by buying shares in Aker/AGM.

More than just laying the path to economic redemption, the proposed stake increase will finally secure Ghana a seat at the table and ultimately create a viable path to put Ghanaians in full control of their upstream oil resources.

I conceptualise this proposed plan to acquire significant stakes in two offshore blocks, which includes the buying of shares in Aker, within a social learning theory lens, and argue that GNPC can acquire new behaviours by observing and imitating their partners.

Social learning theory hypothesises that new behaviours can be acquired by observing and imitating others (Bandura 1971) and that, learning is a cognitive process that takes place in a social context and can occur purely through observation or direct instruction (Bandura 1963).

I argue in this article, therefore, that the decision by GNPC  to acquire significant stakes in two offshore blocks by buying stakes in Aker Energy and AGM will significantly improve its capabilities for upstream operations.

Aker Energy AS, is the newest member of the Aker Group, a brand that has been involved in world-class industry, with diverse capabilities in the petroleum sector, horned over nearly two hundred years. Aker Energy’s LinkedIn profile describes the organisation as one that is ‘characterised by the entrepreneurial and flexible organisation that is synonymous with member companies of the Aker Group.’

The Aker Group is associated with industrial excellence, digital technology, strategic partnerships, a strong culture of solving problems and delivering complex energy projects in a safe, predictable and sustainable way. Wherever they are in the world, they make sure to instil their high standards of safety and integrity in their people and partners.

Ghana at an Energy Crossroads

Today, Ghana is at a crossroads. The Energy Transition has accelerated the withdrawal from non-core areas for the supermajors and IOCs, and, unfortunately, very few areas in Africa are on the priority list for these companies. Capital is being shifted from investments in fossil fuels into renewables. Long cycle, capital intensive projects offshore are the least popular for the moment. BP is not entering into new countries.

TOTAL withdrew from its acquisition of Oxy’s stake in Jubilee and TEN. Ghana is left with three comparatively smaller companies in the country: ENI, Tullow and Aker, and a production that is steadily declining. By some industry sources, the current three producing fields in Ghana would have reduced their production by 80% by 2035. All of the undiscovered oil in Ghana is at stake.

There is a desperate need for Ghana to comprehensively explore and develop its oil resources before 2050 when the Paris Agreement stipulates we should all go green and as a consequence, GNPC has to step up. But where does Ghana start from? The national oil company, GNPC, has existed for decades and is part of all the petroleum agreements in the country. It has several hundred employees.

Still, it does not have any operational capacity and is only able to assume the passenger role in field development and production. It needs a partner. Just as the likes of Statoil in Norway were trained by the American oil companies in the 1970s, GNPC is in need of a trainer, mentor, partner and this is the backdrop against which GNPC reached out to Aker and AGM.

After careful consideration, Parliament gave its bi-partisan support for GNPC to negotiate with Aker a transaction that delivers on Ghana’s long-standing ambition to control its own resources. If successful, the transaction will be a landmark one; potentially, the most important acquisition any Ghanaian company has made at any point in time.

The economic and social challenges that characterize the continent of Africa could be argued to be partly because of the systemic weaknesses and poor performance of public sector institutions in that region. In an assessment of countries’ performance in the Ibrahim Index of African Governance (IIAG) over the period 2006-2015, for example, Ghana was reported as ‘the fifth most deteriorated country on the continent’ in terms of the provision of sustainable economic opportunities to citizens.

The first clear learning opportunity will be the introduction of new public management principles into GNPC by virtue of Aker’s 175-year history of professional service delivery in knowledge-based industries like Oil and Gas and the maritime sector. In conversations with some Managers at Aker, it was revealed that there is a comprehensive corporate culture re-orientation programme to bring the GNPC corporate ethos up to the standards of Petroliam Nasional Berhad in Malaysia for example.

Petroliam Nasional Berhad is a premier national Oil and Gas Operator who make energy investments both in hydrocarbon and renewables across the globe and maximise value through their integrated business model.

In conversations with the management of Aker Energy, it was revealed that the proposed Aker/GNPC collaboration will lead to the creation of a Joint Operator Company in the DeepWater Tano/Cape Three Points and South DeepWater Tano oil fields in Ghana, currently operated by Aker and its affiliate AGM respectively.

This will give GNPC hands-on experience in exploration and production in some of the most promising oil fields in Ghana. In conversations with GNPC Management as well, they also admitted the deep knowledge and skills transfer that GNPC could benefit from as a result of the proposed acquisition.

In the proposed acquisition of the stake in Aker Energy by GNPC, the following financial contributions could be made to the Ghanaian economy, according to an independent international consulting group assessment of the proposed collaboration:

There are some debates surrounding what GNPC should be paying for the stake it wants to acquire in order to become a significant player in the oil and gas space in Ghana.

This is despite the fact that GNPC hired a third-party independent expert, Lambert Energy, which determined the value of the stakes GNPC intends to acquire at US$2.0 billion. The Parliament of Ghana has set the maximum purchase price at US$1.1billion, almost 50% below Lambert Energy’s estimation, creating a substantial margin to avoid GNPC overpaying.

Additionally, it is also important to point out that in addition to the purchase price, Parliament approved a ceiling for a loan to fund the acquisition and other development costs. This is in line with the prior approval granted by the Cabinet to achieve this higher policy shift for GNPC to be an operator and for Ghana to take charge of her own upstream destiny in the face of the Energy Transition in the global North. So far, no price has been agreed; Government has not accepted the valuation figure as a fait accompli.

For me, when all the payment and pricing issues have been settled, there are tremendous development and learning opportunities that GNPC can take advantage of, to become a truly significant oil and gas player in Africa, and this is what all well-meaning Ghanaians should be pushing for.

Professor Robert E. Hinson is an independent marketing and international business consultant. He holds a doctorate degree in Marketing and International Business and was recently ranked the no. 1 Marketing Scholar in Africa.