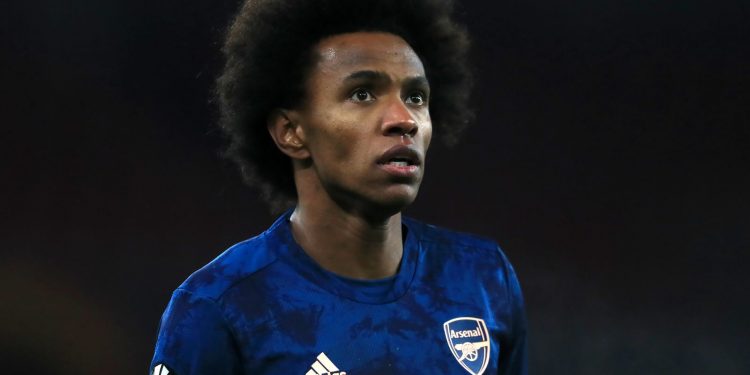 Willian has walked away from £20.5m and terminated his Arsenal contract in order to secure a move to Brazilian side Corinthians.

Willian had two years left on his £240,000-a-week Arsenal contract but instead of staying at the Emirates or asking for a pay-off, he has decided to tear up his contract.

“Following positive and constructive recent discussions with him and his team, he will be leaving for a new opportunity with Corinthians in Brazil, where he began his career,” the club said in a statement.

“Everyone at Arsenal wishes Willian and his family well for the future.”

Arsenal directors are said to be amazed by Willian’s gesture.

Willian has been an exemplary professional since he moved to the Premier League eight years ago and he wants to leave English football with his head held high.

The Brazilian accepts his move to Arsenal from Chelsea last summer has not worked out and he wishes everyone at the club all the very best for the future.

Before his move to Arsenal, Willian scored 63 goals in 339 appearances in a trophy-laden spell with Chelsea after arriving from Russia’s Anzhi Makhachkala in 2013.

He leaves England having won two Premier League titles, the FA Cup, the League Cup and the Europa League.