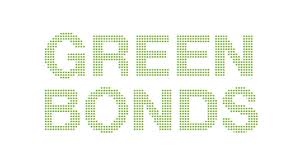 International Finance Corporation (IFC), a member of the World Bank Group, announced that it is investing $100 million in the first private sector green bond in Egypt.

This investment will help to unlock finance for climate-smart projects, alleviate greenhouse gas emissions, and support Egypt’s shift to a greener economy, according to a press release.

The green bond, issued by the Commercial International Bank (CIB), is likely to boost lending to businesses willing to invest in eco-friendly initiatives and projects, including green buildings, renewable energy, and energy efficiency.

The debut issuance is a significant milestone in a multi-year effort by the Egyptian government, with Egypt’s private sector and IFC to support Egypt’s capital market for green finance in the country and to bridge infrastructure financing gaps, IFC highlighted.

“Egypt is taking strides towards the achievement of its 2030 development agenda, which is in line with the global sustainability goals. In 2020, the government of Egypt launched its first sovereign green bond offering, that was five times oversubscribed,” Egypt’s Minister of International Cooperation Rania Al-Mashat said.

“At the Ministry of International Cooperation, we aim to capitalize on this success by curating impactful partnerships to push towards the green recovery,” Al-Mashat added.

IFC had issued $10.6 billion across 178 green bonds in 20 currencies since it had launch its green bond programme in 2010.