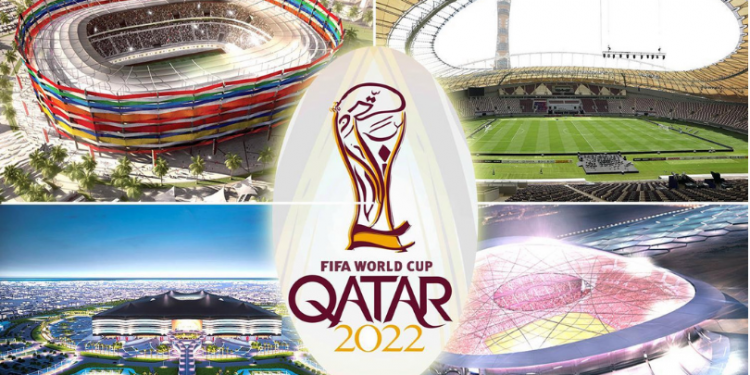 The road to Qatar 2022 for European nations is up and running with UEFA’s 55 member associations halfway through their qualifying campaigns to reach the finals next year.

Here, we run through the state of play in each of the 10 groups as the tables start to take shape and provide the lowdown on the qualification process and key dates.

The group winners will automatically qualify for Qatar 2022 and this page will be updated as countries book their place at next year’s showpiece tournament.

What are the groups?

Portugal have gone into top spot in the group after victory in Azerbaijan, moving two points ahead of Serbia, who were held to a 1-1 draw by Republic of Ireland on Tuesday.

Third-placed Luxembourg have been punching above their weight in this group but they now find themselves seven points behind leaders Portugal, albeit with a game in hand. However, Serbia remain in their sights with the gap between third and second just five points.

It has not been the best of qualifying campaigns so far for Republic of Ireland, but the draw with Serbia gives them a boost heading into the final games of the campaign.

Azerbaijan remain stranded at the bottom of the group on one point.

Spain leapfrogged Sweden atop Group B by one point with a 4-0 win over Georgia on Sunday – but the Scandinavians have two games in hand and will look to maintain pressure when they face Greece on Wednesday.

Janne Andersson’s side will be hoping the Spaniards suffer a shock result against Kosovo, who have averaged one point per game and rank third – having only made their debut for tournament qualification during World Cup 2018.

Group C has opened up after runners-up Switzerland held group-leaders Italy to a 0-0 draw on Sunday.

The Azzurri now top the table by four points but have played two games more than the Swiss, who have the opportunity to narrow the gap when they face Northern Ireland on Wednesday.

France have been struggling to find their groove in this campaign but a crucial win over Finland on Tuesday sees them open up a seven-point lead at the top of the group.

Didier Deschamps’ side now have three wins and three draws from six games in Group D.

All is not lost for Ukraine and Finland, though, with both sides having games in hand on France as they look to close the gap to the top.

Belgium top the FIFA world rankings and are pulling clear in Group E with 13 points from four wins and a draw in five games – five points clear of the Czech Republic, who do not play again until October.

Roberto Martinez’s side could increase their lead to eight points when they come up against Belarus on Wednesday – who held on until the final minutes in the 3-2 defeat against Wales on Sunday.

Denmark have continued where they left off at Euro 2020, and they kept their perfect record during World Cup qualifying intact with a sixth straight win, beating Israel 5-0. They are now just two wins from securing top spot in the group and a place at the World Cup finals.

Scotland (11 points), Israel (10 points), and Austria (seven points) form the chasing pack, but Steve Clarke’s side’s impressive 1-0 win in Vienna puts them in pole position for the runners-up spot in the group with a game against Israel at Hampden Park up next in October.

Group G is proving too tight to call with six games played. Netherlands (13 points) lead the pack on goal difference after their 6-1 win over Turkey, while Norway (also 13 points), produced a big 5-1 win of their own against Gibraltar to keep pace with the Dutch.

Turkey’s big defeat was a blow to their chances, but they remain firmly in the hunt on 11 points, while Montenegro‘s 0-0 draw with Latvia leaves them with plenty to do to make up the ground on the leaders.

Croatia and Russia are still locked on 13 points, but Croatia now lead the way in Group H on goal difference after their 3-0 win over Slovenia on Tuesday night.

Russia’s 2-0 win over Malta means the top two have a four-point gap to fourth-placed Slovakia, while Slovenia are a further two points back in fourth.https://datawrapper.dwcdn.net/3jsq8/1/

England and Sweden are the only teams with perfect records during qualifying, and Gareth Southgate’s side have built a five-point lead over runner-up Poland ahead of their crunch clash in Warsaw on Wednesday.

Albania and Hungary remain within touching distance of the play-off place as they look to close in on runners-up spot and will be favourites in upcoming fixtures against San Marino and Andorra this week, respectively.

Germany lead the way in Group J with four wins and only one defeat against North Macedonia in March but Armenia are keeping pace with a mere two-point gap, while Romania and North Macedonia remain in the chase and face each other this week.

Indeed, Armenia will look to maintain their qualification tilt when they face rock-bottom Liechtenstein on Wednesday, with Germany facing a tougher test against underperforming Iceland.

World Cup 2022 Euro Qualifiers: All you need to know

How many European nations qualify?

A total of 13 slots in the final tournament are available for UEFA teams. The 55 teams have been split into five groups of five and five groups of six.

The winners of the 10 groups will qualify automatically for the finals, which for the first time will be played in November and December of 2022 to avoid the punishing summer heat in the Middle East.

What happens if you finish second in your group?

A further three places will be fought out between the 10 group runners-up and the two highest-ranked teams from the Nations League who have not already qualified or finished in a runners-up spot.

These 12 teams will be divided into three play-off paths, each featuring four countries, to determine the final three European berths. The format will consist of two knockout rounds from which the three additional teams qualify.

When will the qualifiers be played?

The qualifiers will be played between March and November 2021, with play-offs scheduled for March 2022.

What is the World Cup format and schedule?

The tournament will feature 32 teams in eight groups of four.

Four matches will be played each day during the group stage, which will run over a 12-day period and see winners and runners-up progress to the round of 16.

Matches will only be assigned to particular venues after the finals draw, so organisers can choose optimal kick-off times to suit television audiences in different countries, as well as supporters out in Qatar.

The finals draw is scheduled to take place in April 2022, after the March window for international fixtures.

Unlike at Euro 2020, there will be a third-place play-off game on December 17.

When will the matches kick off?

Kick-off times in the final round of group games and knock-out round matches will be at 6pm and 10pm local time (3pm and 7pm UK time).