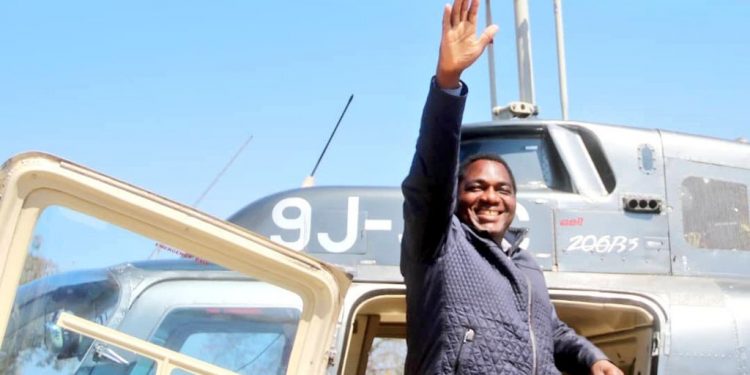 Copper producers are ready to start expansion projects worth $2 billion in Zambia next year if the industry can reach an agreement on royalties with President-elect Hakainde Hichilema’s new administration.

Companies including First Quantum Minerals Ltd. and EMR Capital are ready to raise funding for the projects, while other producers need to spend “hundreds of millions on dollars” in capital that they’d held back since 2019 because of tax changes that deterred investment, the Zambia Chamber of Mines said.

Despite the southern African nation’s copper production edging higher to a record last year, output has largely stagnated over the past decade because of the industry’s hostile relationship with outgoing President Edgar Lungu’s government.

In 2010, Zambia produced nearly twice as much of the metal as the Democratic Republic of the Congo to the north. By last year, Zambia’s output was almost half that of the DRC’s, limiting the benefit of record prices.

“The president-elect has reset the tone to one of rebuilding confidence and spurring growth,” Chamber of Mines President Godwin Beene said in response to emailed questions Thursday.

“The industry is very positive that with this common-goal approach to the way forward, there will be more of a partnership with government than we have ever seen before.”

First Quantum, which accounts for more than half of Zambia’s copper output, declined to comment.

The mining companies’ main request to the government is that they be allowed to deduct mineral royalties from the tax they pay on profits, according to Beene. They also want sliding-scale taxes that are levied on a pay-as-you-earn basis, he said.

Hichilema, who won last week’s elections by a landslide and has pledged to implement stable and predictable policies, is due to deliver his inauguration speech on Aug. 24 and is expected to make more detailed economic pronouncements.