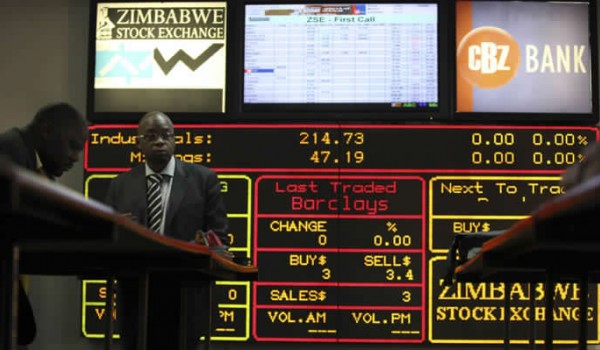 The Zimbabwe Stock Exchange (ZSE) says it is working on further increasing retail participation on the bourse as its newest product, the Exchange Traded Fund (ETF) ballooned by over 200 percent six months after its introduction.

Chief executive officer Justin Bgoni, said that there has been significant growth in retail participation year to date following the introduction of new products.

In September 2020, the bourse introduced the ZSE Direct, which has managed to make investments much easier for the retail market.

Other initiatives implemented in the past 12 months include the ZSE Training Institute in February, which provides customised capital markets training as well as the Zimbabwe Receivables Marketplace (ZRM) in August, which is expected to provide working capital solutions through receivables discounting.

“The listing of the Old Mutual ZSE Top Ten Exchange Traded Fund in January 2021, significantly increased the participation of retail investors and the overall performance of the market,” said Mr Bgoni by email.

“Going forward, the ZSE will continue to explore initiatives that promote retail participation and that aid in financial inclusion.“

“Following the launch of ZSE Direct in September 2020, the ZSE is working on collaborations with different institutions to increase access of ZSE Direct to our retail investors which will ultimately increase their participation,” he said.

Must Read: GOIL grows assets by 478 million in 12 months

Said Mr Bgoni: “The ZSE has witnessed significant trading volumes during the first half of 2021.”

For the six months ended June 30, 2021, the bourse realised a turnover of $21 billion, whilst the total volume traded stood at 3,4 billion while total market capitalisation was $745 billion.

Meanwhile, Mr Bgoni said the bourse will make the process of dematerialisation of equities smooth to investors after the ZSE was granted a license to operate a Central Securities Depository (CSD).

The ZSE decided to launch its own depository in order to improve operational efficiencies in the market, reduce market costs to all participants, make it easier for retail investors to access the market, and facilitate the introduction of new products.

This is also in line with international best practice where an Exchange owns its depository.

“As the ZSE we will make the process smooth to the investors and minimise changes to the current arrangement.

“To put this into context, dematerialisation is a voluntary process initiated by the investor. The ZSE depository will only dematerialise securities received in certificate form from willing investors. For trading purposes however, all securities have to be in electronic form,” he said.